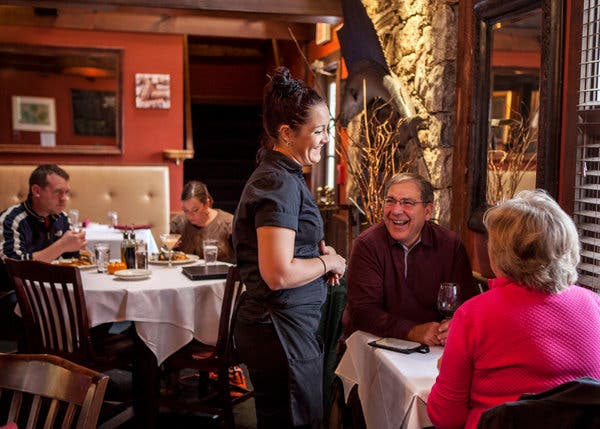 When a popular restaurant is sold, it is natural to wonder what changes, if any, to expect. Will the new owners close the place indefinitely for extensive remodeling? How much of the previous menu will be retained? What kind of turnover will there be in the staff?

Fortunately, in the case of the Litchfield Saltwater Grille, which closed for all of two days when it changed hands last December, those types of questions seem to have been answered satisfactorily enough. There is still a raw bar, with ocean-fresh oysters and clams served on the half shell; steamed lobsters continue to be a mainstay; and the interior, with oak wainscoting offset by pastel walls, looks much as it always has. And that’s just the way the new owners, Andy Stowers and his wife, Brook Noel, want it. 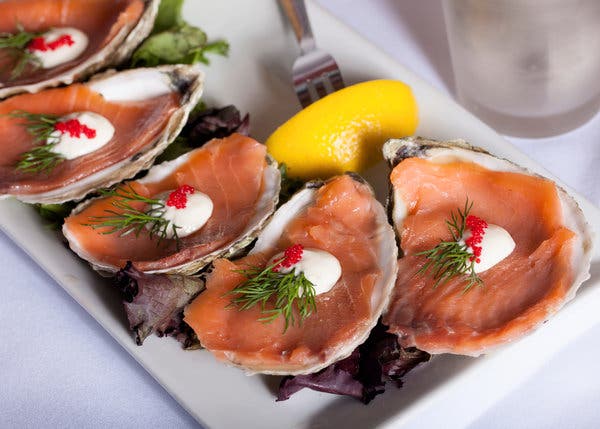 “We have to be careful because Litchfield is a fairly conservative market,” Mr. Stowers said when I talked with him by phone after my visits. He said the restaurant was well run before he and Ms. Noel arrived, and they have kept much of the staff. The most notable exception to that is the current chef, Robert Peotter, whom the owners brought from their home state of Wisconsin.

Mr. Peotter’s skill is evident in both simple and more complex dishes. An appetizer of fried calamari hit just the right balance of crunchy-chewiness, the squid’s rings and legs delicately coated in a gossamer layer of batter, with just enough morsels provided to stoke, not a stunt, the appetite. Oysters Alaska reflected a more ambitious assemblage of ingredients — dill, flying-fish roe, smoked salmon, and horseradish cream sauce, all layered over oysters on the half shell (from beds off Mystic) — that hit the palate with an explosion of harmonious flavors.

Oysters Saltafeller, an updating of the Rockefeller classic, was just as intoxicating. Six agreeably plump oysters, coated in a creamy blend of spinach, artichoke, and Parmesan and dotted with bits of bacon, were baked just past raw so that their inherent brininess melted into, and beautifully complemented, the cheesy, smoky nature of their sauce. And on rare sliced tuna, seared on the edges but sushi-red within, the blend of spices crusting the outside — salt, pepper, cumin — delivered an intriguing, endearing savoriness to what elsewhere has often been bland.